US online media firm WebMediaBrands has acquired Inside Network, which provides market research, analysis and news about Facebook, social gaming and mobile apps. Terms include $7.5m in cash and c.4.2 million of the buyer's shares. 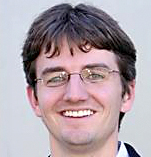 Palo Alto, California-based Inside Network was founded in 2006 by Justin Smith (pictured), who was previously Head of Product at Facebook app developer Watercooler (now Kabam).

Smith's firm provides data on Facebook including audience size, demographics, advertising rates and language use; along with research reports focused on the future of the social gaming market, and a study into the size and future of the virtual goods market in the US. It is also known for its blogs - Inside Facebook, Inside Social Games and Inside Mobile Apps.

As part of the deal, Smith will continue to operate the business, while becoming WebMediaBrands' Vice President, Social Media and a member of its Board of Directors.

'Inside Network is a leader in covering the Facebook and social gaming ecosystem through reporting, research, and events,' states Alan Meckler, WebMediaBrands' Chairman and CEO. 'When combined with our social media blogs such as AllFacebook, SocialTimes, and AllTwitter, I believe that WebMediaBrands is now the leading source of news and information about Facebook, social gaming, Twitter, and social media.'

All articles 2006-22 written and edited by Mel Crowther and/or Nick Thomas unless otherwise stated.