Digital ad verification firm Integral Ad Science (IAS) has today announced the filing of a registration statement with the U.S. SEC, for a proposed IPO of its common stock. 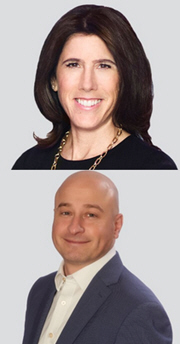 The number and price range of shares of common stock to be offered have not yet been determined, but the firm says it will trade on the Nasdaq as 'IAS'.

IAS was founded in 2009, and acquired by Vista Equity Partners in 2018. Its current CEO is Lisa Utzschneider, while Joseph Pergola is CFO (both pictured). Headquartered in New York with operations in seventeen offices across twelve countries, the firm helps advertisers and publishers protect their ad investments from fraud and unsafe environments, and to capture consumer attention. It also has a CTV solution giving global invalid traffic (IVT) and viewability support for both programmatic and direct buys across all apps and providers. In the last year, it has opened an office in Jakarta, acquired Philadelphia-based Amino Payments, and partnered with Dentsu.