Ipsos has appointed former L'Oréal Germany CEO Nathalie Roos as Chief Executive Officer, as co-founder Didier Truchot steps down from the role to become Chairman of the Board of Directors. 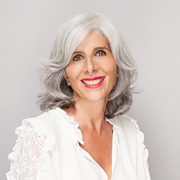 Truchot co-founded Ipsos in 1975 with Jean-Marc Lech, and as global CEO has grown the company to 18,000 employees in 90 markets and 200 cities - one of the three largest research groups. Roos (pictured) will take over the CEO role after a 34-year career in the FMCG sector. Most recently, she worked at L'Oréal in Paris as MD of the Professional Products Division and a member of the Executive Committee, before which, she was CEO of L'Oréal, Germany, based in Dësseldorf. Earlier, she spent nearly two decades at Mars Group, latterly as President Europe, having previously been the firm's MD of Mars Chocolat France. She began her career with Kraft Foods Group.

Ipsos says that Roos' appointment is the culmination of a selection process carried out since mid-2019 by the group's Nomination and Remuneration Committee and Board of Directors, with a view to separating the functions of Chairman and CEO. The Board will set up a general shareholders' meeting on September 21, to approve the new compensation policy for the CEO, after which the Board will take note of the votes from the general meeting, in order to formally confirm the offices of Chairman and CEO with effect from September 28.

Truchot comments: 'The Board of Directors chose Nathalie Roos because she has built a rich international career at the highest levels of corporate clients. She has demonstrated a great capacity to listen to all stakeholders and has achieved strong economic performance in all her responsibilities. Nathalie Roos and the Ipsos teams will enable the group to accelerate its transformation and assert its place as an irreplaceable source of credible and clear information on society, markets and people.'