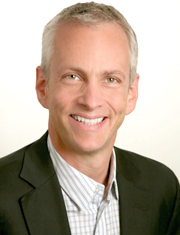 Symphony Technology Group-owned Onclusive offers media monitoring and PR analytics software and services. Stone (pictured) joins from analytics and advisory firm Escalent, where he served as Chief Strategy Officer, before which, he was CEO of Grail Insights (acquired by Escalent last year). Earlier, he spent nearly a decade at Market Strategies International, latterly as CEO, and in 2000, he co-founded tech sector insights consultancy Doxus.

In his new role, Stone takes over from Moerbach, who is relocating from London back to New York to 're-establish his family balance'. Moerbach will continue working with STG as a Senior Advisor. In addition, STG Operating Partner John Ouren has been named Executive Chairman of the Onclusive Board, after a career which has included senior roles at MarketTools and SurveyMonkey.

J.T. Treadwell, MD of STG, comments: 'Rob's experience across the technology, insights and consultancy industries sees him exceptionally suited to the role as we establish Onclusive as the world's most trusted media intelligence partner for PR and communications teams. I'd also like to extend my thanks to Manuel for leading Onclusive through building the foundations of the business and our most recent acquisitions of broadcast and podcast monitoring expert Critical Mention and social media listening platform Digimind.'

All articles 2006-22 written and edited by Mel Crowther and/or Nick Thomas unless otherwise stated.